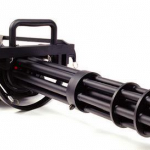 You do not have the required amount of mainspace edits to perform that action, as you can see here. Though I don't want to, I will be forced to report you if you don't stop. Thanks.

By the amount of edits you have, I was referring to mainspace edits, which you only have 13 of. Our wiki's policy prevents people who don't know how our specific wiki works from affecting the outcome of arguments by opinions/ideas that are uneducated. Your lack of understanding of Wiki Markup also leads me to believe that you are not what you say you were, which leads me to this question: How did you "lose" your other account?

When I was gonna ask SOMG something I notice your insulting message. What is wrong with you ? You don't cut people down like that. I been put down cuase of my hearing aids and I had enough of your kind. Ignore him him or leave. And frankly I don't give a damn about how good you are.

Yeah, that's not cool. A comment like that constitutes as a personal attack and can subject to a block. I strongly recommend that you have a look at COD:UTP. consider this a warning and have a nice day.

Please stop re-adding that. The message was removed because it constitutes flaming (the IP that re-removed it was me by the way, I just forgot to log in). Continuing to re add it may be considered harassment.--WouldYouKindly 15:34, November 24, 2010 (UTC)

Constructive criticism is fine, but saying stuff like "you sound like a retard" and "I'm just trying to make the wiki a better place without you" is a little bit over the line. If you'd broken it to him a little more lightly, politely correcting any mistakes, etc, without insults, I would have been perfectly fine with it. Just if you want to correct a user in the future, please do so without flame.--WouldYouKindly 19:05, November 24, 2010 (UTC)

Because its not important to the game. And sign your posts.

It goes in the trivia section because that's what it is. It does not go in the article flavour text, because it has nothing to do with the actual in-game map. It is merely a fascinating fact. Further, rather than raising the issue in article discussion you opted to start an edit war purely because you thought you were in the right. This is why you received a Vandalism warning. If you have an issue with an article, post on the talk page for that article. If you make a change and it is reverted, then it is reverted for a reason.

Thank you for your co-operation, have a nice day.

Read COD:AEAE then come back to me. And again, sign your posts >_<

"If you were an admin I'd consider your opinion more" Edit

I'm an admin. Stop adding that to the page, its trivia and does not need to be mentioned at the top of the page. Thanks and have a good day.

The flavour text at the top of the article is for a brief description of the subject, and nothing else. Anything else goes in the sub-sections.

Yes, there is going to be a recreation of the map at a con used as a paintball field. However this does not go at the top of the article. It goes in the trivia for being an interesting fact.

No speculation in articles. Please and thank you :).

Don't worry about it man, just stick around and you'll learn.

Retrieved from "https://callofduty.fandom.com/wiki/User_talk:Panther64?oldid=2086427"
Community content is available under CC-BY-SA unless otherwise noted.