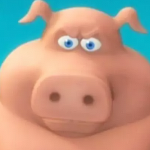 Due to your unacceptable behavior on Call of Duty Wiki Chat, you have been banned by Argorrath. Your ban expires on April 02, 2014, and the reason why you were banned may be viewed in the ban log. You can contact the moderator who banned you to see if you can be unbanned, however it is very strongly advised that you read and review our policies thoroughly before you reconnect.

A blog post or comment you recently made was deleted because it was considered trolling. Trolling can include, but is not limited to:

SAying things like "Think before u comment" can come off as rude. Try to avoid it in replies.

I think its cos Strike Team is very/identical to the Black Ops II main game.

Hi. The images you uploaded yesterday were of very poor quality. They were named incorrectly, and the overall quality of the image was highly lacking. IF you would like to continue adding images to this Wiki, I would suggest you look over COD:FILE for help with naming images. As well as get hold of a better device for taking screenshots with, as your PS4 capture card is simply not capable of taking good quality images.

I haven't talked to you that much yet, but here you go :)

I didn't know that I'm your best friend but hi. I couldn't talk to you in William Carver Wiki because TheCryptic banned me.

You know it's not funny, leave me alone.

Hey Pigpen, I just wanted to let you know that your recent video "File:Hahahaha..NO!" was deleted because it was a personal video. The wiki doesn't allow personal videos, however, you're free to use the Youtube tags instead, which you can learn about here. Thank you. If you have any questions, you contact me or another custodian on our respective talk pages.

Please be aware that per COD:SIG your signature needs to adequately display your username. Please change it to reflect this. Thanks.

Alrighty then; try not to let your emotions cloud your judgement in the future. I've been there, and I can say that you can say some pretty fucking stupid things that you yourself wouldn't be saying in the right state of mind. Bottom line: try to keep cool and collected. Didikins (talk) 00:32, August 16, 2015 (UTC)

your current signature goes against COD:SIG. it would be appreciated if you could change your signature or have a signature template made for you on the wiki that follows along with our policies. thank you.

its fine for it to be unique and different from others signatures, but it has to reflect your username at least a little bit so we know who it is. so that we dont have to hover over the link to figure out who you are. if you disagree with the policy, you could bring it up at the war room if you wish.

Retrieved from "https://callofduty.fandom.com/wiki/User_talk:Pigpen077?oldid=2330816"
Community content is available under CC-BY-SA unless otherwise noted.