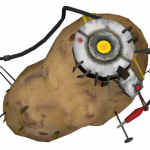 Did Mars Rover really get a "BLAWCK"? Cause I lmao'd at that message.....

Gimme a link to this sorceryEdit

Link me to this sorcery pl0x.

Never let it be said I did not succeed in trolling you. Edit

Quick little issue I just thought of, all your blogs are for the PS3 side. I don't know who or how the Xbox one is being run. We need to make sure both sides enlist. TheDocRichtofen (Talk) 14:06, April 13, 2012 (UTC)

This is my first time using this mysterious tool known as the Talk Page :O Anyways, I can't make teh tournaayy-ment. (sad face) WhinoTheRhino 02:02, June 19, 2012 (UTC)

Start rounding up the people in our tournament lobby? It will be helpful to see if any of these users still remained active till the tourney, and see if they are still going to come. Qw3rty! 07:48, June 23, 2012 (UTC)

Broski I have a baseball game on the day of the Tourney but if it rains I need to knwo what to do.

Hi PotatOS, I apologize for a generic message, but thank you so much for your support on my RfA, it really means a lot to me and I had no idea I would get so much support! Sincerely, PierogiTalk 15:44, July 4, 2012 (UTC)

Hey w567, how's it going? I've been in and out of the wiki for a little while now, but I'm hoping to get back to full-time soon. I've noticed that structured community gaming here has taken a turn for the worse. Community events haven't been around for a while, we actually had to cancel an event, and what the hell happened to Clan Ops?

Since you stopped running the blogs, interest in it has taken an all time low. I'd personally like to see a revival in the community. I'd like to start small with the Clan Ops. In order for this to happen, I'll need the co-operation of a few people in the community in order for this. From you, I need help with the awareness of the Clan Ops. Is it not possible for you to begin doing blogs telling everyone about them? If you cannot, or think it would be best, could you please discuss with the News Team to see if they could add in a little notice weekly about upcoming Clan Ops? Thanks for your time. DrRichtofen (Talk) 18:49, July 9, 2012 (UTC)

Well, I don't know about this thing, but apparently Martinelli was going to sell territories of the Colon Free Trade zone, and the people from Colon heavily disagreed and went out protesting on the streets. Within a few days Colon turned out to be a battlefield. The government even deployed soldiers from the SENAFRONT and the SENAN. Can you beilive that? What are the soldiers responsible for the borders doing in Colon?! Anyways, it got even worse and the people from the capital and some parts of Chiriqui and Herrera went protesting (which happened today) and well, now both the Panama City AND the Colon city are Goddamn battlefields. Looks like Panama with Noriega on the 80s. I was watching the news casually, and man, shit is going down. T4DZ talk

The police haven't been this active since that unnecessary American invasion. Look at this. T4DZ talk

Yeah, Panama was going good. Martinelli did say that he would cancel the law, but he hasn't done anything. In fact, he is not in Panama, not even in the Americas. Last time I heard of him he was in Japan (he got into Japan's business, Japan has a small conflict with China about an archipelago, and Martinelli supported Japan. China told Panama to 'fuck off', and Martinelli also pissed off Taiwan, which is sad because Panama is one of the few countries that has great relations with both), and apparently now he is Indonesia. Yes, people are also scared of going outside. My schoolbus was caught on one of the traffic jams caused by the disturbs, it took us like 2 hours to get out. Things have calmed down a bit in the capital, thank God. Today is the tenth day of this sorcery, and I hope it ends soon. T4DZ talk

Hey bro, we miss having you on the BN wikia, hopefully you'll come back sometime.

Retrieved from "https://callofduty.fandom.com/wiki/User_talk:PotatOS?oldid=2019310"
Community content is available under CC-BY-SA unless otherwise noted.