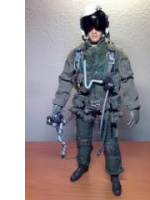 That's a template? It looks like a chart to me. If it is a template, click edit this page then when you are editing, there will be a little green... puzzle piece I guess. It is your template. Click on it and then it will have a little button on it saying edit. Click that then you can edit it. If it is too complicated by the way I explained it, then I can do it for you. Cpl. Dunn

I will do that right now. Cpl. Dunn

I told Doc.Richtofen and hopefully he will get it fixed soon. Or get Chia to do it. Cpl. Dunn

I fixed it. Turns out you or somebody else edited the infobox for real life military figures then put the template on the page. I modified it so that your infobox doesn't directly modify a vital template. Darkman 4 21:41, March 25, 2010 (UTC)

I was hoping for more users to cast their votes before I closed them.

In Chapter 63, your character seems to see two people. Who are they? Are they Stanton and Allan by any chance? I'm not mad, I'm just curious; if I post another chapter I want to make sure that there is no mistake in continuity.

It's simple, just send me a picture of it on the wiki. To become an artist you have to make good guns and I must see you do good work around the wiki.

I permablocked PGB, and he can't edit at all, so you'd probably have more success sending it to someone else in The Gu Pimpers. --

Sure, I'll add you up. Glad to see another gun person here. Thought it was basicly, just me and Griever.

Oh yeah sorry, I got caught up.

When you're starting a usergroup, you'll need something for the usergroup to revolve around, of course. After you decide what it is going to be about, you would want to make a subpage of your userpage for it, explaining what it is and what it does. To get a following, your best choice would probably be to create a blog and try to get peoples' attention. If people are interested, they should join.

How to make userboxes: Edit

Okay, edit this section go to source mode, And look for a template that says {{Userbox copy that and out whatever you want in there.

Use this (Make sure you are in source mode, you should see Foley, Letlev, Price, adn Reznov on the top of the edit button field.):

Get to the discussion pageEdit

You can join without permisssion.

You are most welcome. Edit

Well, you have a good history on the wiki (no vandalism), so I believe you. I'll lift the block now. Sorry about that. Cpl. Dunn(Talk)

I'm really sorry I blocked you. I didn't know it was your brother. :( Well, I don't think you can remove it per COD:DDD, but I'll start a new section called Unblocked so if anyone looks, they'll see it was a misunderstanding. Cpl. Dunn(Talk)

Okay, here it is:

To make a subpage, you simple create an article titled "User:Rambo362//<name you want your subpage to be>"

Without the second "/" and no quotes.

RE: the image on my user pageEdit

The one in my infobox is called "Special-ops-soldier.jpg".

Well, with shadow company, for example, go to the shadow company page, and find the image you want. also, for most of the usetrboxes I have, go to Call of Duty Wiki:Userboxes and pick ones you like.

What do you mean by that?

That's probably me, But if you touch or EVEN use that picture, You got hell going your way. You want my friend to make one for you?

Hold on, Im calling him right now. He might have a printer copy version or a pic for you.

Well I have one. He got it out of his closet.

You know the type of people that sell and buy "Action Figuires". Yeah, Hes been obseesed with his tooys since we were little. Took a Ps2 for a custom Marine sniper. What a life.

Generally, you can tell because they'll be adding bullshit categories that don't need to be there to many pages, or they'll be uploading horrible photos and putting them on pages. Cpl. Dunn(Talk) 19:50, August 3, 2010 (UTC)

We had a vote on IRC and the consensus said it was unneeded. Cpl. Dunn(Talk)

Yeah, it's a record.

To become an artist, submit some guns to the artists that are already in the gun pimpers, we will put them on the page. Be sure to include the name of the weapon too.

Check before you post the vandalism template. I already put one there. You being an "eager beaver". Anyway nice job.

I have a suggestion. Make real edits. Stop adding categories and start making a REAL edit, and actually add information. --

How about adding links, or removing impersonal you's, or making articles, or adding images, or correcting grammaticle errors, ect. THERE IS SO MUCH TO DO OTHER THAN BOOST WITH CATEGORIES! --

No, and stop making excuses. It's bullcrap. You KNOW you were doing it, because you did it over pretty much a 45 minute period. Bull. Shit. Make some real edits, like the stuff I have done to FAL. --

Rollback privileges allows you to rollback all the user edits in a row in an article, so that way if a vandal makes a lot of bad edits to a page, you can just rollback them and move on.

Thanks, I was going to do it myself eventually, I'll go ahead and change my vote. Thanks agian. Dolten

I think of got most of the users, but if you know anyone that would be interested, I'd love it if you let them know! Dolten

<!-- --> tags makes the text inside them not appear when the page is saved, i.e. you can only see it when editing. The template is still malfunctioning, though. I don't know why.

I found two of them that I really liked and put them in. Very nice PMG's.

Hi! No weve never met B4! Glad too meet you : ) Yeah I did and it HURTS! XD Well I was messin around and was tryin too spin/twirl my gun and ended up shootin myself. I know i'm a dumbass. So whats your name?

Yeah, sorry about that. I confused your username with Rampant's. Again, sorry for the mix up. --

We can keep it there and reopen it when the ID is reopened. I'm trying to trim the group down to around 15 articles.

I'm going to have to ask you to change the color, as it highly resembles the highlighted color of sysops.

No. It doesn't look anything like the sysop's do anymore, and we aren't going to go around banning people from using the color green in their signature. Cpl. Dunn(Talk) 23:43, September 6, 2010 (UTC)

award was retracted being that you need six month of good conduct sorry bro.

Thanks but he's already been blocked by another Admin.

rambo before making an rfa i suggest that you read all the past rfas and why they didn't pass. if you still think your rfa will pass the go ahead .

but read this and answer these questions on you rfa if you want your rfa to even have a chance of passing:

What should you ask yourself and tell the community about before submitting a request for adminship?Edit

"You should ask yourself and tell the community about this before you submit a request for adminship:

I didn't treten, you made a blog about leaving the wiki, just asking if you were staying.

I know that was you, your IRC hostmask matched the IP which did that. You pretty much ruined any chance at becoming an admin now. --Callofduty4 18:47, October 24, 2010 (UTC)

To use the Welcome template properly use this: subst:welc|Rambo362|your sig. That will make it show up the way its suppoed to. include brackets at the beginning and end ({{}})

but if Wikia is going to be like Hitler and now allow me to use the Wiki layout I have come to know and love, then I have no hope for Wikia, but hope for this Wiki and the people who can actually stand this layout. If I don't know where the edit button is, what use am I anyway? --TheManOfIron(Wanna talk?) 20:48, November 4, 2010 (UTC)

Granted. With rollback, links that say "[rollback]" should appear on the recent changes, contributions, history, and watchlist pages. Rollback can revert multiple edits made by the same person to the last "good" revision with one click, which is helpful when a user vandalizes a page numerous times in a row. If you ever click one accidentally, just revert yourself and everything will be fine. If you have any other questions, feel free to ask me.

Thanks. Hopefully one day in the future you can become one as well :) -

Ok, but note that we'll still have to block the account if they start to vandalize multiple times, in order to stop it. Sactage Give me a ping, Vasily. IRC Policies War Room 22:10, November 6, 2010 (UTC)

where do you want me to place it?

Sorry, I honstly don't know why it is messing up.

Hello!My name is(on the wiki) Ewil 4 life.On your profile you wrote that you could answer any question about morden and ww2 wepoans.So i thought i were going to give you an easy test.In what year did America start using the colt.45 and when did they stop using it?

You`re good at this!

I saw your userpage. Just so you know, I have a friend who loves that game and I can try to send him to your wiki to help it out.

You MUST change the page that the PMG was on. It is a MUST, sorry, but you have caused a lot of damage to may people's pages as a result. I would hate to lose you from the group.

Your response on the Music forum Edit

Either way, you shan't do it again. I don't even need to mention your hostility towards those who actually have mental disabilities. Shotrocket6 Talk 20:06, March 13, 2011 (UTC)

To be honest, labeling that as stupid and then giving an example before comparing it is rather uncalled for and unrelated to the topic, and does ish breach UTP. Smuff[citation provided] 20:12, March 13, 2011 (UTC)

"Or anything retarted like that" could mean anything. People can interpret that any number of ways. Shotrocket6 Talk 20:15, March 13, 2011 (UTC)

I don't really think that is a "semi pornographic" image. Its some meme thingy.

I did also think that when I first saw the image, but on closer "inspection" it seems fine.

It's ok, but it really shouldn't have been made on the 18th, not even a second before it's the 19th.

I'm over in Japan currently and I won't be able to do any real administrative work until I get back home to my better connection and computing unit about a week from now. Sorry.

This is for reference.

Here is the news team, I don't think you where ever a member of it seeing as we made it just after the Codference. :/

IW FTW is not being a dick. Don't warn him unless he is

He isn't, even if he was he's not doing it in a dick way. He'd be expressing his opinion.

He wasn't being a dick. You are wrong for saying that to him Rambo.

In order to utilise the news categories for blogs, one must be part of the news team.

Retrieved from "https://callofduty.fandom.com/wiki/User_talk:Rambo362?oldid=2175918"
Community content is available under CC-BY-SA unless otherwise noted.