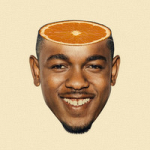 Welcome to Redskin's talk page!
Archives - #1 · #2 · #3 · #4
Feel free to leave me a message, ask a question or anything else, I also can make you a beastmode signature if you want, so leave a request!

Well, I've been up to a lot of work these weeks, specially schoolwork, but I'm getting more free time for now, so I'll be on more often.

and yes you said it,

I got a lag ban earlier. I think my connection's back to normal now. Can you unban me?

No big deal. Besides, I didn't actually notice until 10 minutes afterwards. C:>

Listen my fanfic was great.

It attracted alot of pepole including that Halo dude.

If you wanna read

Reachs Demise is a Fanfiction made by Shadowfan68. Chapter 1: Return to Reach. After the Reach downfall' A new NOBLE member turns back to avenge for his dead Brother' Noble 6. He grabs his Assault Rifle and Energy Sword' hoping to kill the Elites and Grunts who did this. "I am going to be a revengefull Soilder" Noble 7 said.

Chapter 2: The Assault on wings. Noble 7 had flew the Pelican past the Elites and Grunts and shot the grunts with power' he killed the Covernat turrents and shot the Elites with the turrent. "I am Following my brothers footsteps!" He said hapily. He then jumped off into the Wreck of the Spire.

Chapter 3: The Wreck of the Spire. He groups with Noble 9 and 8. "Well this has been a reuniting reunion" Said Noble 8. "The Noble fire-team that was Noble 6'5'4'3'2'1." The Covernat control room was still running. Noble 7 threw his grenade in the control room. "Lets get out of here." Noble 8 says "Before it blows us to wads of meat".

Chapter 4: The killing of Noble 8 and 9. "Noble 8 get over in that Bunker' Grunts will not expect were coming!" Said Noble 9. Noble 8 got into the bunker while Noble 9 gets into a Warthog to go investigate the area. Noble 7 gets into the Sniping posistion. Noble 7 snipes 2 Grunts and Elites charge. Noble 7 throws a grenade and kills an Elite. But Noble 9 is nowhere to be seen. He returned with all these Elites on the Warthog. Noble 7 Throws a Missile and it destroys the Warthog. The Elites found the bunker and killed Noble 9.

Chapter 5: The final battle. Noble 7 prepared his Energy sword up. The leader of Elites' The prophet of Regret (Alive because revived) had arrived to duel this "Fool". Noble 7 and Prophet had a long fight. The prophet had been stabbed in his heart by the Energy sword. Noble 7 had won and avenged the Prophet to kill his brother.

End: Please add commentary and talk about this article. Fanfiction of Halo series.it for yourselve here you go.

I am using my Alt to chat but I will not post fan fic or spam whatso ever.

Thanks Red. Really. Thanks a lot man.

I moved it myself.

I had just opened your talk to leave you a thank you message when I got the "New Messages" notification, thanks for the nom :).

So are the other guns

Well can i put it as uknown gun

Not bad, thanks for suggesting. 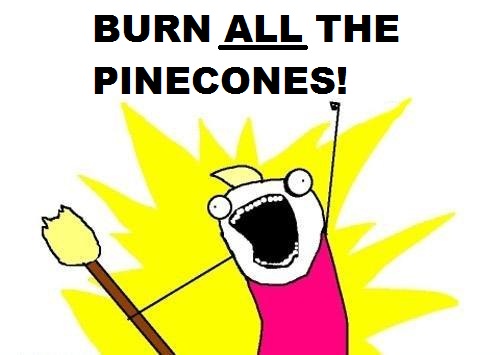 I've just noticed that some pages for the BOII guns have name, although they haven`t been confirmed, like the TDI Kard and the AN-94, along with "confirmations" of the M249 and the M1911. We have seen his guns only on trailers, and without any confirmation, which makes the names purely speculative, the M249 could be the FN Minimi, they are the same, but the name matters to us. I tell you this because of the refusal to name the Unknown Rifle page to M-8 but arbitrarily naming the other weapons because of their looks and appereances on the trailers, if the leaks policy is ging to apply, shouldn't it aply evenly for any content?

I though that still was it. Whatever, at least I don't have top play you in the first round now.

Yeah, now I can edit, comment, and (YAY)chat. Of course, the problem was ridiculous: The laptop needed a more efficient charger as well as battery, whereas it didn't consume enough electricity to power the laptop.

hey can i be un banned? —Unsigned comment was added by Smiller1337

Yankees are doing horrible... Although they won yesterday, they have almost as much losses then they have wins. :/

Why did i get a ban from chat,you DID NOT say why.

Also,i AM NOT on the chat/bans page,and i do not know how long my ban will be.

Also,if it was because in one of my message the chat history was copied and posted,IT WAS NOT MY FAULT,my computer bugged,i did not do that in purpose,im on the chat from April on a almost daily basis and i never spammed.

Also,you did not warn me in any kind,except Joe's kick, but other users get warnings and kicks before they get a ban,but you banned me indifenently NOT STATING a reason.Lovely -.-

I want this thing cleared out and to see your answer.

There ya go, deal with it

The image you sent me is too small. Isn't that first frame where you guys got destroyed by the predator missle? ;D

Those edits were 100% legit. Check tcrf.net/Call_of_Duty:_Modern_Warfare_3. I even checked the PC version files to be completely sure.

On the bright side... I might at least find my house lol.. destroyed.. but oh well I suppose you had a similar feeling.. T4DZ talk

I honestly don't know on how to say thanks so I instead give you this. THAT'S FOR SAYING TALI IS UGLY

Be a ssssshame if ssssssomething were to happen to it...... Don't we have enough already?

Hey, I totally forgot about that! Okay, let's see here. http://userserve-ak.last.fm/serve/_/30247499/Dream+Theater++Majesty+Logo.jpg <---- that logo converted to white if you can, on a black background with white lettering that says "Aces!" for my normal page, and "Words" for my talk page. Thanks so much! Yer an epic one, Redskin.

Thanks Red I will get to them later.

That picture is an accurate representation. I approve.

I was wondering: could you help me make a good signature? I could never figure out how.

Its bob , im in your tournament group for the wiki. I sent you a friend request without telling you my relations so you denied but could accept the one I sent you or send me a new one so I could actually participate in the tournanent. My psn is bob34236 (Bob34236 (talk) 19:11, June 29, 2012 (UTC))

Sorry about the lack of details. This is what I want exactly....

Glad I could help. I think things went well for our group considering how many didn't show.

Hi Redskin-26, I apologize for a generic message, but thank you so much for your support on my RfA, it really means a lot to me and I had no idea I would get so much support! Sincerely, PierogiTalk 15:28, July 4, 2012 (UTC)

That was pretty good dubstep, or wubstep (?). Better than the stuff my bro listened to.

That was good. I think I liked the original better though....

I found you and Jar's child zomg thanks for the nom :D :D :D cone.exe 言うのページ

ALSO I JUST SAW THIS!! NOW I WISH I HAD SKYRIM FOR THE PC (YOU LIKE ALL CAPS YES?).
SKCRAFT.

Could you make it so the timestamp in my sig appears outside the sig, rather then in it?

Reply on my Talk Page with proof! 1. Has McCandlish appeared more than once in the beginning of the level Crossing the Rhine every time you replay the level? 2. Of relation to question number one, was he cut down either in the beggining or, if he supposedly survived the landing, even the middle of the level mentioned? Dawth Mawl (talk) 21:46, July 31, 2012 (UTC)

Like Peas, Jones, and Rosetti, McCandlish is a minor notable member, visually not verbally, of the 2nd Ranger Battalion in the game. Did you see him get cut down while you played the level? If not, then it's just someone who thought he saw a soldier named McCandlish. However, if you're not sure, then play the game again; and, then send the results to my talk page. Cheers. Dawth Mawl (talk) 21:56, July 31, 2012 (UTC)

Retrieved from "https://callofduty.fandom.com/wiki/User_talk:Redskin-26?oldid=1563785"
Community content is available under CC-BY-SA unless otherwise noted.