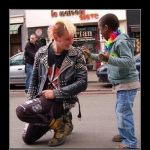 Rawr, I was the one who unblocked it, and the one who blocked it in the first place. Sorry about the misunderstanding, I assumed wrongly. -- sactage (talk) 19:56, February 2, 2011 (UTC)

Member Of The Month nomination. Edit

I didn't see these message:

Re:Stabbed in the Heart Edit

I don't remember getting an achievement of that description. Then again, I'm not 100% sure, but I think it's a Co-Op challenge. And remember to sign your posts with ~~~~. -

Yeah, I also noticed it is an actual achievement. Also, I would've been quite sure that there is already a page for it. Sorry 'bout this. -

I don't know how to do it with RTE (aka Visual Mode), I use Source Mode, where it's done by putting a section more to the infobox calling it "image". For example:

Well, I already put that image there. But as with any images, they need to be uploaded to this wiki. -

The template "infobox/achievement" doesn't have a spot in the template for a section called "name". Like how infobox/weapon has a spot called image, firemode, etc that produce their respective section when saved. Putting "name" in the achievement infobox doesn't do anything. Carbonite 0 05:26, August 13, 2011 (UTC)

no that image can stay as i have already licensed it, the licensing option appears when you are uploading a image all YOU have to do is insert the right licensing per the template above, it is really quite easy. let me know if you got questions and i'll help you but read the template again as it tells you how to do it.

you can use the public domain license, thats what i'd use anyway. you might ask Drkdragonz66.

Well, if your planing to upload IRL photos, you can license them with {{PD}}}, or Public Domain. Anything game related, such as screenshots are licensed as {{Copyrighted Media}}, signifying that the images are subjected to copyright stuff as the game people owners see fit. Any other questions you might have feel free to ask me, WHISKEY35, or Cpl. Bohater.

...how do i put this (hmm)... Ok. Anything that is In Real Stuff, like logos of soccer teams should be licensed as PD, while anything that is game related should be labeled as Copyrighted Media. Doesnt matter if it comes from Google Images or from the government :P

Yeah...just ignore that and licence it as PD. I dont know why its labeled as that :(

Why specifically do you oppose adding a line of code to userpages that have backgrounds? The backgrounds would still appear to anybody that wants them.

No, the vote is just to add code to people's userpages that have backgrounds so people that don't want to see them won't have to. Nothing is being removed.

something random, but whatev. Edit

It's alright. If your into RTS then its def worth the buy. Otherwise, it's very hard to get into it. I liked it though, mostly because I always wanted to see a Halo Game like Command and Conquer. It's got a cool Story too, and the Cutscenes are nice.

I stole your dubstep Virginity.

Yeah I saw that vid, I lol'd. All you have to do is go to your ELITE page where you have your classes then press the button on your Key board that says Prt Scrn aka Print Screen. Open MS paint and press paste. Then crop it and save! If your still confused you can ask me for more help, but if I am unavialiable ask Sam or Sauce. Redskin-2619:14, December 11, 2011 (UTC)

Yeah, I watched Firefly. Haven't seen Serenity yet though.

My brother has it, I just haven't watched it yet.

Hey SXe Fiend! Thanks for helping me edit the MW3 Wikia page. I tend to be anal retentive with "imperfections", so I try to make everything look the same. Anyway, I notice that the code you were inputing is different from the original code that was used for the site, i.e. "<span style="font-style: normal...". I'm very new to HTML and/or this wikia thing, so I'm just curious as to why you write it differently. I've been using the same code that is already there, an between lines there isn't anything you use. Like I said, I'm new to code writing and really curious about the differences.

Can you stop undo my edits on World War III?! You better watch that video to the right. This is the video i am telling you.

You should've watched the Goalpost mission intro video like this! YEAH! This one! I'm going to redo my edits on World War III.

I have a wiki which is the TGWDL Wiki.

I have an idea, mate.

I used the preview button.

I'm just gonna answer this one: you can upload an image to another website, like imgur.com, and then use it here in the form:

{{R|<image URL, like "i.imgur.com/lolol.jpg">}}. It's essentially the same as when using a local image ([[File:Lolol.jpg]]), you can also modify the size of the image, where it links to and so forth. -

You are moving rapid fast through these edits of yours! Keep up the good work. Also, I might search you up on Xbox LIVE. If you wanna know anything else, my gamertag is LoneGamer97 .

Just to let you knowEdit

Nice man, I love Red vs. Blue. I think my favorite character is Grif, simply because I find his laziness jokes hilarious. Who's your favorite?

I have all the seasons also, but I lost the box for Season 9 and am currently defending the disc with my life lol. AN dI can't wait for Season 10 either.

Haha, I would never have the time to do that, let alone the money.

I'm on your friends side, it would be awesome to play with other people in the wasteland.

I found the games hard to get into, but once I did I couldn't stop lol.

I was psyched for Fallout 4, and then I got Skyrim. And my psyched up level went so skyrocketing high, because I knew if bethesda could pull off Skyrim like this, they can pull off Fallout 4 even better. I prefer the Wasteland setting to Fantasy-Medieval anyway.

Hey I was browsing and saw that you like RvB and I haven't found almost any other user besides my self, along with the known Damac1214 that I just found out, and just came to say and its col to know you like RvB as well.

I'm more of a Project Freelancer myself but If I had to choose it would be Blue, for they have the new member Wash and my favorite Caboose you Red or Blue?

I get all my news from his videos xD

THANKS FOR TELLING ME, I'M MAD EXCITED NOW!

Also, if you join IRC, I'll help you set up an account and ask Sactage for permission to use his bot, Cynder, that auto replaces the images on the page and removes the {{smove}} template, and does it without spamming RC. Phillycj 00:12, April 14, 2012 (UTC)

Just work on how you crop the muzzle and the iron sights, they are the hardest parts of the gun to do so I suggest you take your time on those parts, make the edges smoother by making sure anti-aliasing is on and not making your segments too close together, and when outlining the gun with the lasso tool try to do it from the inside of the gun instead of the outside, that way there are lesser chances of seeing remnants of the background around the gun on closer inspection. You'll get the hang of it soon, don't worry. :)

You're doing better, although it does still seem to be a little rough.

That's a lot better, just work on your circles and you'll be fine. :D

All the small one's are smooth but the bigger one's are rough. :/ What program do you use? GIMP?

Do you have anti-aliasing on, you're images seem to not have it.

Well, it adds like a fading out effect on the edges of the image to make it look smoother. Here's a picture from Wikipedia. 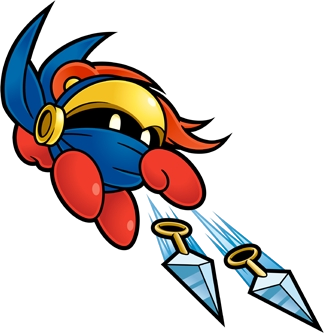 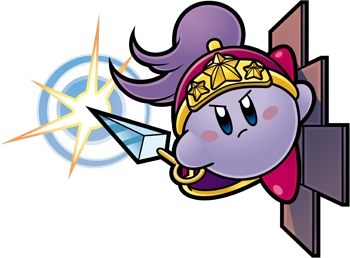 If you don't want to accept it just post on there so it can be closed.

RE: What do you think? Edit

Very nice, but still rough, since that's the only thing I can find that's wrong, I don't think you need me to judge your work anymore.

I just use the in-built screenshot taker of Steam.

If you cant find it then by all means upload another copy of it.

Thanks for placing all the new images into the Black Ops achievements page. I passed out before I finished the page.

I do indeed use steam.

Yeah you can. It'll send you a confirmation code thingy to the email used on the account that you have. You simply use the code and all your stuff should be able to be downloaded again ! easy as pie

THE WIKI MISSES YOU! YOU HAVEN'T EDITED FOR 3 DAYS!

Due to a cancelation you are now leader of Xbox group 5. It is now up to you to forward scores to me after each round.

It's fine, in the end we didn't need any leaders, the whole thing went belly up. Thanks for letting me know though.

I'm unsure what's causing it, possibly your sig, but you appear to be doing this everytime you leave a message on the forum.

We assume it was an RTE error, as we're not too sure what caused it.

Glad you liked it! I know Dubstep isn't really your favorite but I thought you might enjoy this particular track. Here's another remix of the same track if you feel like listening. (I personally like this one better) Redskin-26 02:59, July 12, 2012 (UTC)

http://www.youtube.com/watch?v=XqORbzbEfoM In case you haven't already seen it. I trust those developers, so at least I can tell you I believe the game is in good hands. Magma-Man 04:39, July 20, 2012 (UTC)

Re: RED!!! (Sorry for late response)Edit Welcome back, happy to see you again editing :).