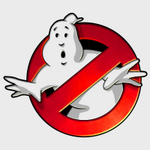 I finally got it.

It's the template now. Cpl. Dunn(Talk)

Dude, back on that modding page, I was joking. Maybe you should take the money you save by not paying for online gameplay, and buy a sense of humor.

Plus, 13 year olds shouldn't be playing CoD? Well, people who are 16 who have the grammar of a four-year-old shouldn't have accounts on wikis. Got it?

Can you please make me a good signature? much appreciated ,Juggernauter

Can you please make me a good signature? much appreciated ,Juggernauter

I was wondering about having a new sig until black ops time.

Wish to have Black ops title and a commando.

With a Talk? link on it.

P.S. tell me if it doesen't work

Could you make me sig for Black Ops time with the title and a Commando and talk? button on it?

How do you make a character profile thingamabobwhatchamacallitdoohickey on your user page?

HMM, can you make it any better?

I just got Photoshop CS5, do you have any tips for Photoshop?

I mainly use it for making texts (like my sig) and editting images, like adding effects to them to make them more fancy or whatever.

EightOhEight: Tell him it was a joke

hey man, i was wondering if u could make my signature and if so message me back plz

that message above this one is mine

my username is Frank Woods

Did you ever get my message Edit

A long time ago I told you I wanted a new Sig. for Black Ops.

Did you ever get it?

I wanted a Black Ops Tittle with a Commando and Artic warfair on it. And a Talk? button on it

P.S. I am going on a trip today and I might not get back to you until late at night or tomorrow.

Ninja will definitely be my first unlock. I know what else I want, for the most part, but haven't yet decided upon an order. Imrlybord7 21:43, September 7, 2010 (UTC)

Can ihave a sig with red tiger and maybe a trowing knife kinda like the one i have now....

hi, user: callofduty4 said that i could ask you for a signature. please could you make me one. if you can please can i have my user name with a fall camo background and 2 pics of gold desert eagles, one on each side? i dont want to trouble you though.thanks alotBennett2506 13:25, September 12, 2010 (UTC)

thanks a bunch for the signature you made its better than i imagined! lmao

Could I have a sig with a Black Ops Famas and Black Ops tittle.

And if possible, a Talk? button on it.

Okay, I see. Feel free to revert it back.

Did you make that Trolololcopter image?

I made the Counter-Vandalism force at the Call of Duty Fan Fiction Wiki, so could you make a logo for it? PS. I loled at the trollolololcopter killstreak pic. PPS. Are you really really a dude named scotland who is the best? Bumblebeeprime09(Talk) 20:24, September 26, 2010 (UTC)

Nice pic on your page Edit

The CoD4 Snipers wiki needs a logo. Could you please make one for us?

Almost every single one of them is not opinionated. Some probably are, so feel free to read through and remove them, just not indiscriminately. Imrlybord7 16:30, October 8, 2010 (UTC)

Can you improve my signiture, like making the words crazier or something...

wtf does that mean

Hey, I have a favor to ask. I see that you ARE epic at coding and customizing skin. I have a new wiki, and I would be glad if you could get me a logo, and a sweet skin. The link is http://mountaindew.wikia.com/wiki/Mountain_Dew_Wiki. I need to make you a admin first, so i'll have to figure that out. I would greatly appreciate if you can. Thanks! Cpt. RileyLet's Talk 22:50, October 12, 2010 (UTC)

May i request an signature?

Nothin' fancy, just crossed Colt. 45s with my username in the background.

PS: I am not an elitist. It is a joke name towards one of my friends.

Just wanna say, you earlier said that quickscopers wouldn't be able to pull out their spas 12 if they missed. The warlord perk lets you have two primary weapons and pro presumably lets you have two attachments on both. Since pistols won't be as preferable as 12 gauge your post doesn't work

Yo StB. Where you on IRC last night? Because according to Sunderland06 you were all talking about banning me because of sock puppeting. Is this true or is Sunderland06 talking BS. <3 N7 Talk

hi i was wondering how do you make a signature? because i wanted to have a go at one.

Yo StB. How are you babycakes? (Wait, save that for later :3) Um, what size are most of the Signatures you make because I plan on making one.

If you look at the number of casualties listed in the infoboxes in the Russo-American War and Battle of Washington, D.C. articles, you'll see that they're purely speculative. I figured that a few users could go through all levels in the conflict and count the scripted and guaranteed deaths for each side to come up with an accurate range of casualties ("256+" with a reference, for example). Though it would be humanly possible for me to do this on my own, would you care to help me? There are always some that one person would miss that another person would catch. Tonight I'll try to go through Wolverines! and Exodus, and if you'd like to help we could exchange data gathered tomorrow.

Congratulations, and thanks! Edit

First of all, congratulations on becoming a Sysop! Second, Thank you for your vote in my RfA, it means a lot to me. Sactage Give me a ping, Vasily. IRC Policies War Room 22:02, November 4, 2010 (UTC)

First of all, congratulations on becoming a Sysop!

It worked. And congrats on becoming an admin.

Heh your name is green! Well done for becoming a sysop.  :3

Welcome to the team! Edit

Could you rename this picture please, if its not too much trouble? Its would make it easier to find.

I do have BO, but I am returning it when I get the chance. I hate it.

Somone just screwed up that page, deleted all of the contributions.

Congrats on becoming a Admin

We need to expand it, and put the article on the improvement drive. I do not know many quotes, but he hates hippies.

Hey thanks for banning the old anon vandal but we have a new one that vandalised Shepards page. THeir name is User talk: Jack RAWR Zoe and I warned them but would like for you to do something about it. Thank you.

Thanks for the warm welcome. Not sure if it was automated, but thanks anyway.

Can you please protect User:YuriKaslov's userpage. It is a target of vandalism.

Thinks it is funny to add things derogatory to Ethiopians to the Gas Zombie article.

Pwn'd by a bot. Edit

Hey stop editing m1911 because your not helping!

I hear I can get sigs here...Edit

I'm new here. So I've been shopping all around this site and I hear that this is the place to get sigs? Well I have no clue how to upload a sig, i dont even have one. It would be nice to have a BLACK OPS sign near the far left, and a BLACK OPS AUG on the right. My name. R34L15T1C P3RF3CT10N, if thats too long then R34L15T1C or P3RF3CT10N or something short but shows that is mine in the middle and a flame background would be nice. Yes that would be perfect! User name is R34L15T1C P3RF3CT10N (Talk). Sorry if Im doing this wrong :P. Can't wait!

Please reenable comments on the blog. As an alternative, Fizzywizzy could be warned or even blocked instead of ruining it for everyone else. Thanks,

I was told you are good with backround colors for signatures. Well I could use some help. I am trying to make one for Cpl.Bohater and he wants a tiger stripers camo backround. Thanks.Sniperteam82308 04:48, December 23, 2010 (UTC)

No. Not at all. I wanted something different, so I changed my name to a references to rich toffees. If I wanted to deliberately change my name to confuse the Doc I would change it to something nearer than Richtoffee. I didn't take it into account that it could cause confusion, but I thought the username I had now was quite different to it. Doctor Richtoffee Userpage · User Talk 10:24, December 31, 2010 (UTC)

I solved the this section on the AFD by merging it. Should I delete the section now or leave it? Doctor Richtoffee Userpage · User Talk 19:38, January 6, 2011 (UTC)

First, could you delete these videos:

Second, Dill-Mac has been spamming videos from his Youtube, such as the ones above, and would benefit from a warning, or even a short block as was handed out to Teb1996. elmo's

I was gonna try get it to 300 sections, but loading times started to get extreme after 200 XD

Mine isn't much better than yours, the free router they gave has a range of about 6 metres

Hey, I recently had a name change (from Cpt. Dragunov) and now I was wondering if I could have a new signature. If I could have it with yellow text in a green box with the words in the upper right corner reading Hey, that rhymes! as the talk page link, that would be great. You were recommended by Whiskey35, just so you know. Thanks! Nikolai Cannot Die 07:43, January 25, 2011 (UTC)

couldn't resist, I know it's an oldie, but I saw this and I couldn't say anything.

Sire, you have my respects.-

Can u make me a signiture please. I would like my name being shot by a wunderwaffe dg-2 and at the other side a zombie with its head being blown off. I would realy apprishiate it if you could.KingoftheHi115 16:53, March 18, 2011 (UTC)

Can you re-do my sig to have the P90 picture, Death in between, and an AUG HBAR?

Hey StB, sorry to annoy you but if you could work something out for me that looks like the following image:
Actually, anything close to it would be fine too.Thanks alot. Major Blackout 15:48, March 21, 2011 (UTC)

I would like to take a small amount of your time to say "Thank you very much for supporting my RfB". I apologize for sending you a generic note but the amount of users that supported me was beyond my expectations. You can rest assured that even though it is a generic "Thank You", I mean every single word. Your support has meant a lot to me and I promise to carry on doing what I have been doing, that is supporting the wiki in any way that I can. Sincerely yours ,

Could make a signature for me with "Red Tiger " as the background and an "Intervention " to the left and my name to the right (MarQBBQ), just with black text. Doesn't need "talk". Thank you in advance :D -MarQBBQ 27 April 2011 17:45 (UTC)

Hi i was just wandering if you could make me a quick sig not too much if your not busy.

Could you make one with a "MW3 style font" like the one on the name with a talk button all inside a black box. If you can't then one with bold, golden letters with a talk button and two tenth prestige emblems from CoD4 on each side. Please and thank you The Wikia Contributor 15:26, July 2, 2011 (UTC)

Nevermind, I made my own :)

Retrieved from "https://callofduty.fandom.com/wiki/User_talk:StB?oldid=1937605"
Community content is available under CC-BY-SA unless otherwise noted.