Problem discovered and solved... for now

Some of the images that you nominated for speedy deletion under the unused reason, were images that careless custodians move without updating the references. Before marking it as unused, go into the history and check for any recent moves. Click the red-link for the previous file name and see if there are any pages that need to be updated. For updates on more than three pages, contact a user with access to URL (unless you really feel like updating lots of pages xD)

If you have any questions, let me know.

Just so you know

Thanks for improving the ones I made, but I actually left the lens uncropped for RDS images because I feel like the lens is colored. On behalf of the ACOG ones, I forgot. Also, note that the G3 GL image is named "MP5 Grenade Launcher CoD4.png". I'd move it myself, but you know, I can't on mobile, and it's basically your responsibility as the uploader. --MLGisNot4Me talk 07:03, August 27, 2012 (UTC)

So you're saying that because it's the same as in a piece of fanmade media, it must be true? And how do you know the web didn't get juggled between the two cutscenes? Raven's wing Talk22:57, August 28, 2012 (UTC)

How do you soften out the edges so clearly?

Hi, you took out the picture of Dmitri Petrenko on the FSO page saying it was shopped. I swear on my life it isnt shopped, the reason why the name is blue is because I switched on colour-blind mode (I struggle with colours), you can try colour-blind mode aswell and you'll see that all allies are displayed in blue. And why there isn't a crosshair is because at that time in the mission you dont have a gun yet... I would change it back myself but for some reason if I do change it back all the images on the page dont load... Could you please undo your edit? Thank you for reading ^^

But don’t call it a day…

Do yoga in lovely Paris;

Do aerobics on China’s Wall;

And honey, that’s not all…

Shake your booty with native dances

In Fiji and Bora Bora;

Move your body and exercise

Now you can take a break;

To have your birthday cake!

HAPPY BIRTHDAY and enjoy yet another year in your life! :) :D ;) XD

yo Joseph there really is no reason to spam all the user talkpages with my revised sig as most of the users dont even edit anymore.

When warning vandals, please remember not to feed the trolls. If you need any help, please refer to this blog. Thanks! PierogiTalk 23:37, September 14, 2012 (UTC)

Hey, when you have some free time can you try to cut out the white part around the gun and make a render.

Appreciate your work. Is it easier for you to render like in this example, almost just white background, then this photo were the the image is more deeper in field of view. [1]
Maxwell123 (talk) 08:33, October 4, 2012 (UTC)

Your right, the environment place is mutch greater with the M249. With the M40A5 my main thought was trying to remove as mutch background "noise" as possible to make it easier to render. But if this isn't making it any easier or harder for you i can move back to another location for make the gun shine with correct placement with the sun and colors.

As result i can see traits of white pixels, just because of the so up close positioning with the M40A5.

Please do not delete normal pages with your custodian rights, regardless of their content. This is considered an abuse of your flags and further abuse in this manner will result in a prompt expulsion from the Custodian group. User:Sactage/s.js 17:29, October 5, 2012 (UTC) 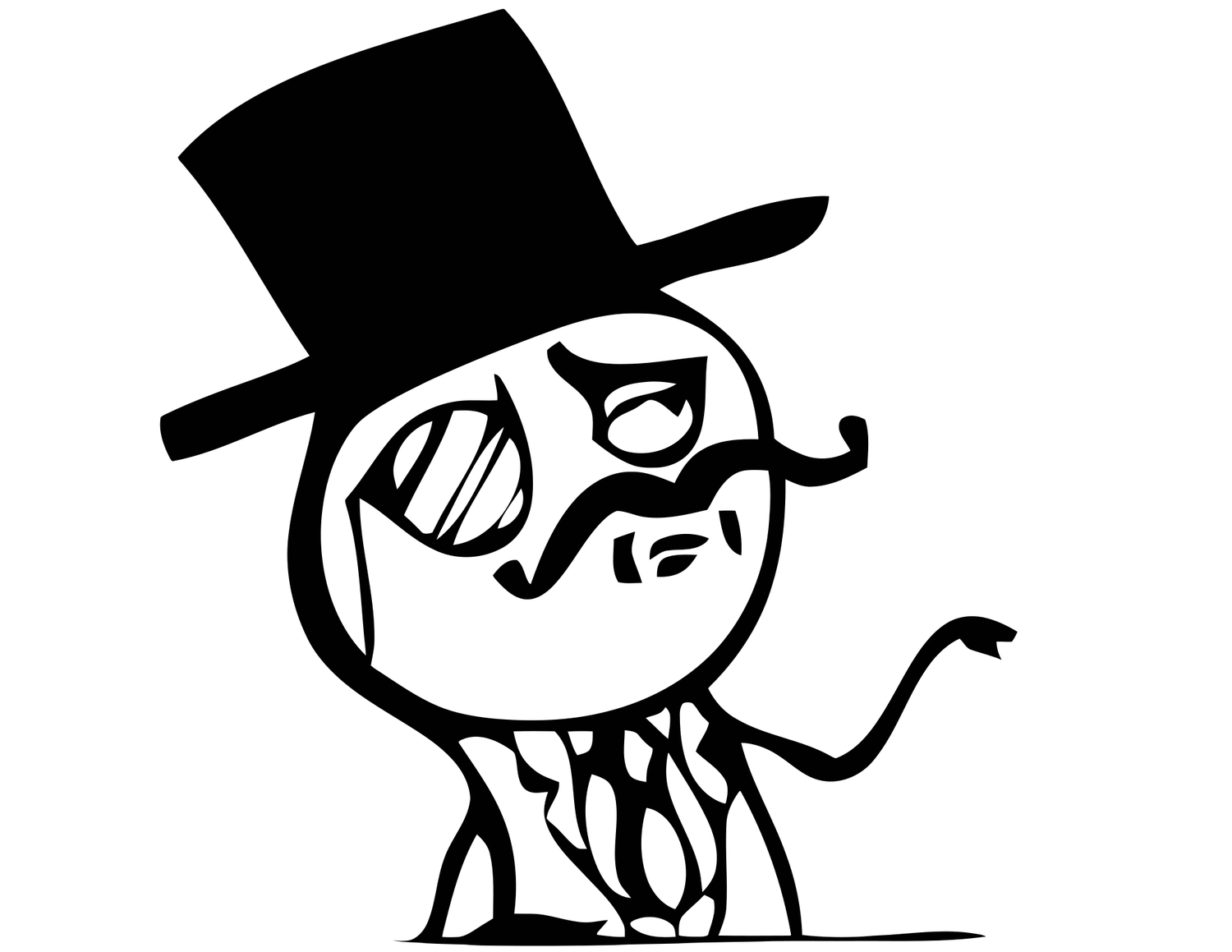 the IRL thing for the F35

i now understand fully wat you mean by the IRL as I had no idea what it was. i didnt realise that it had to exist in CoD already. I apologise for it PlanetaryWarsHead (talk) 09:11, October 11, 2012 (UTC)PlanetaryWarsHead, October 11th 2012

Sorry, but do to the bot rights I have it was unable to tell users the blog was created. I'm very sorry that this happened.

Sorry for the extra message but some images of the loading screans in MW2 have...weird shapes off to the left of them. Just wondering if you know what these are 'cos I'm not sure.

Maybe a deletion of these images and re upload of the others would be best. Sorry for the disruption but I just wanted to know lol.

It's a Browning High-Power. I dunno if a page could be made for it since it's never actually given a name in the novel. It's not a M1911, anyways.

Then I guess a page can be made.

Duuuuude. Fix Template:CoD9 Soundtrack please. One of your edits killed most of the colors now it's just a big blob of white with a dash of orange. Carb 0 18:58, October 27, 2012 (UTC)

I take it you just got a copy of MW2 ghost? I have a copy too and i took some scans here so dont dupe pls. <3

I just recieved a message that a file that I've uploaded (BlackOpsII_weapon) has been removed, because it was unused. However, I included it in a comment on the new live trailer topic from that game. I have done such comments before, but for some reason they don't show up. Regular comments I make (without files) do show up however. What do I do wron? Thanks.

(reply to your message on my talk page)

I tried making a comment which an picture was in (the one I uploaded). I wanted to show it to somebody, because I thought it was a Steyr AUG, which someone else said. I made a comment before that (the one you probably saw). However, the comment in which I included the picture didn't even show up. I used the upload a file option, and uploaded it. Then I clicked on post comment as normally. However, in stead of posting it, I was sent back to the top of the page, and the comment didn't show up. I hope this is a bit clear, and you can help me for in the future.

Hi, the image I posted was not leaked, it was a picture that David Vonderhaar had added onto his Twitter, it is still there for confirmation, the post is: "I had to remodel my work environment. Why? Because Zombies.http://twitpic.com/b9g9ta " There is also a link, for further confirmation. PrestigiousWaffle 06:53, November 2, 2012 (UTC)

Would you be able to get MW2 prestige icons (in PNG)? I'd highly appreciate it. Google only offers JPG variants. If not, that's fine, I'd probably be able to get them in a few months time assuming I'll get a hold of HD PVR, which I could use to get them on console.--MLGisNot4Me talk 17:57, November 23, 2012 (UTC)

omg you got blops 2 i love you marry me thx

How are you getting the sound files (like the one you put for Jonas Savimbi's page) if the game files can't be accessed yet?Snipergod (talk) 09:02, December 1, 2012 (UTC)

The date a real character was born is the date he was born IRL unless it's stated in game.

Hello there. I just wanted to make a request. I've recently been using your images from the Call of Duty MW2 pages for an intel guide, however there isn't an image for the 3rd intel item on the mission Contingency. Could you perhaps find time to make and upload one? I'd be extremley grateful. Catch me by email on mpage98@gmail.com if needs-be.

There are no compression artefacts, I'm not even uploading .jpgs.

It's only if you zoom in, who's going to do that on wiki? And if you want the easiest way of not dealing with them then don't steal all the work I was going to do.

Hi Joseph, first off thanks a lot for uploading all the images you have for BOII, they're making our articles look nice and up to date. I'd just like to request that you try and leave some for other people so that they can also chip in and help. Thanks Joseph!

Where do i need to put the codes you sent to me? --

I am playing MW2 and MW3 on cracked versions (from The Pirate Bay), and i found a singleplayer hack that also has noclip in it. Thats it. :D--

No problem. I found how to turn off the HUD in MW2, but, since i am using hack instead of the console commands, i cant turn the HUD in MW3.--

Although I do know your busy, can you by chance acquire the rank emblems for BO2 for this page. I sadly do not own CoD on the PC and can't be of help, sorry.

Ok then, but if you really want some models and textures, consider download either programs. Ninja Ripper support mosts Directx versions up to 11. But of course it require 3D modeling program like Autodesk 3DS Max and similar software.

Hey Joseph, i need the original iw_06.iwd file for some pics of the weapons (weapon camos are modded, and i lost my backup file, so i need yours) Can you upload it to the Mediafire please? --

yo twas just wondering if you have a pic like this but when its a long shot showing all the graves? (I think its the scene before)

This isnt about a page i created.  Its about a page created by an anonymous user.  They created a page about something from Die Rise called "Minions".  But the page already exists.  I cant delete it so I thought I'd let you know