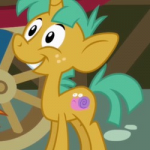 Finished my character description for the role play :)

Someone has deleted my role play character description :(

Any info would be helpful

Sure you can join. I know your details.

Sure, just tell me what you want it to look like.

. If you want any part of it changed, just ask me. Also, you sign with this from now on: {{Sig/ToShootToKill}}. Cpl. Dunn(Talk)

No problem. I think it looks pretty good.

add me on PSN Edit

Whenever you make an edit on a talk page or forum, make sure you click the "Signature" button in the "Insert" box. It will add your signature, the date and time of the edit and I say this because i had to make a new section on that Most important issue forum because i couldn't edit under your signature.

Its okay, but it happened again on my talk page, where it only says your name without the "Time, Month Date, Year (UTC)", like its supposed to. Try holding Shift and pressing "~" four times after each edit. Try it out on my talk page, you don't even have to say anything. if that doesn't work, I would advise talking to an admin about this cuz it might be an error in your Preferences. Im not saying you need to get it fixed, but i would like you to because i had to create a new section, then have someone else strike through some of my text and delete the section in order to make an edit under yours. Thanks,

I know the problem. when Cpl. Dunn made you a signature, he told you to sign with

Re: Your Fanfic Edit

If you want a sig like Azuris or StB, or me, I could make it for you. Just tell me what you want it to be like, and the colour. elmo's

Re: Which one is meEdit

Actually, I'm the photographer. Neither is me and, like Bumblebeeprime09 said, I wouldn't be that stupid to put my picture up anyway. But if you go to his talk page and search for the sketch, that's a summary of what I'd really look like.

Well they deleted the last one under the fact it wasn't taht funny, and it looks even worse this time. I might bring that up with their administrators actually... Smuff[citation provided] 20:09, January 19, 2011 (UTC)

BlackSoulBlade already took care of it. But why didn't you do it yourself?

Nope. That vandalism was done in one whole edit. Multiple counts of vandalism on one page in a row from the same user is what rollback is made for.

You're right, the Gersh Device is like a monkey bomb, it sucks zombies in.

It shoots out like 5 grenades in a large area.

Its not just any cat. Its poptart cat and he poops rainbows. K? —

Oh, if you want me to change anything, feel free to tell me!

RE: Call of the Dead Edit

I know! It seems like 3arc said, "Fuck the story. No one pays attention to it anyway!" The new characters seem cool, but I want to see the end of the story!

00:00 December 25 2011 UTC This message will be displayed if the timer does not show up (like if you do not have javascript enabled on your browser)

It is 00:00 December 25 2011 UTC This message will be displayed if the timer does not show up (like if you do not have javascript enabled on your browser) 'till Christmas!

Don't remember saying that....but my PSN is still down.

Why thank you :DD Edit

Thanks! I'm a bit too lazy and a bit to hyper so go ahead and copy paste the box from my page. Thanks again!!11One :D

I put it on your page in the Userbox section :) enjoy

Hm seems to be working. Try this.

Possible. To me it looks like Dual Type 92's with drum mags attached. Prior to your guess, I've been researching for the past hour on Cold War era weapons but to no avail. -__- What do you think we should do now? --

Well, evidence that it might be modified Type 92's are the fact that their 'use' icons are the same; which you can see here and here. The turret is also seen in 'Victor Charlie' But, yeah, it could be a DShK.... I could upload a sound file of it firing but the when I try converting my sound files to .ogg; it sounds like it was recorded in a bathroom....

Your message to Ausir Edit

Would the African Militia page be Africa Militia as Philly said? Your call, it's us 2 mainly doing the pages atm YELLOWLUCARIO TALK  20:04, September 2, 2011 (UTC)

Gotcha. Do you know where Underground takes place, I think it'll be Stratford/Canary Wharf (some of the game takes place at the latter but it's underground and no DLR tracks are spotted YELLOWLUCARIO TALK  20:29, September 2, 2011 (UTC)

You do realise that was yesterday, right?

Retrieved from "https://callofduty.fandom.com/wiki/User_talk:ToShootToKill?oldid=1958831"
Community content is available under CC-BY-SA unless otherwise noted.