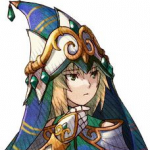 The Delta guys in "Down the Rabbit Hole" aren't actually wearing a "TF141 Uniform". They're wearing their regular gear with a lighter LBE rig and a jacket over the top. It helps that there's not really such a thing as a "TF141 Uniform".

You forgot to close the gallery you added with </gallery>. As a result it treated everything between the start of that gallery and the end of the next one as being a single thing, which completely screwed up the page. I've fixed it now.

I'm sorry, Valkyrious, but you really need to improve your English when you're editing here. A lot of the time, it's very difficult to understand your edits, and I've had to remove them because of this. Sgt. S.S. 09:38, April 8, 2012 (UTC)

About your recent edit to Grinch Edit

I don't really known the fact yet about Grinch's armament at Iron Lady, Sandman says Grinch man .50 on Humvee but what i know Humvee's Armament is 7.62mm M134 Minigun, it is possible that Humvee in that level using .50 cal machinegun similar to Technicals Machinegun? That's what i'm trying to find out about what really Minigun that Grinch's using it and anyway, if you look at Grinch's typical headgear thoroughly. He is the only member of Metal Team that doesn't have a camera since his typical headgear was headset, ball cap and sunglasses so what i know the camera feed is came from Frost at entire level of Iron Lady, not from Grinch or the others. Valkyrious 23:45, April 20, 2012 (UTC)

Grinch was the only person at Metal Team that doesn't have a camera since his typical headgear was headset, sunglasses and ball cap without any cameras mounting on it. Valkyrious 16:00, April 21, 2012 (UTC)

Retrieved from "https://callofduty.fandom.com/wiki/User_talk:Valkyrious?oldid=2091122"
Community content is available under CC-BY-SA unless otherwise noted.