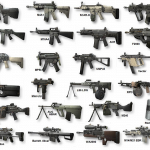 aka The Text Repairman

Hey W34P0NIZY, only admins may give blocks to users and IP addresses. If you see a used vandalising, feel free to notify an admin on their tslk page or on the chatroom if you want :)

Hi, I appreciate your edits and think they are good, but could try to get all the changes per page put into one or two edits instead of numerous ones, if just possible? It slightly obscures my view of people's edits (I'm stalking them via S:RC) and can be seen as "edit boosting". Thanks in advance! -- laagone (talk)  10:16, May 18, 2013 (UTC)

About Easiestly. I wasn't sure what word to use for that sentence. I was just trying to be helpful. I see in some pages it says an easier way to do something. Sorry about that, not exactly an english professor. Heck, I don't even know if i'm allowed to put anything but serious messages here.  The Heavy Norris! (talk) 10:45, June 2, 2013 (UTC)

I recall Sam or Argo (or some other category expert) deleting it purposefully due to the ongoing category project, then some vandal anon recreated it with nonsense content. -- laagone (talk)  08:58, June 7, 2013 (UTC)

Hi! The ability to revert edits is given to users in the rollback group. If you wish to be a rollbacker, leave a request here!

you wanna stop undoing good edits? it would be appreciated

Hey, this is the anon that you edited my revisions for the guardian and target finder.

The target finder is like marksman perk in that it highlights enemies at any range (like how markman does with enemy player names), yes it's not the same but its fairly similar.

And just about the guardian edit, is there a policy about real-life equivalent technology? I hope this doesn't sound too negligent a question--Hutch-face (talk) 11:11, June 14, 2013 (UTC)

Yes, you can spot enemy name tags at any range (while ADS) with marksman provided they don't have assassin pro on. The main differences between the TF and marksman are:

1. TF is an optic while marksman is a perk

2. TF highlights enemies with diamonds while marksman use name tags

All good, I appreciate you understanding my point of view, I hope many more people you like you exist on teh interwebz :)

Tbh, I don't have huge amounts of mileage with marksman (I had to wean myself off stalker, my fav tier 3), but I'm confident in my observation.

I definitely remember adding in the rapid fire section for the skorpion evo and making a few additions to a few other weapons, attachments, etc. I play lots of MP, so that kind of stuff is more my forte. Btw, thanks for your guidance :) --Hutch-face (talk) 01:26, June 17, 2013 (UTC)

Perfectionism huh? Guess you and I have a bit in common already...I noticed I even omitted a word in my previous post (dammit).

I'm not sure how it can be implemented, but I reckon the best way to handle the edit count would be to make it so entering less than 'X number of characters' won't add numbers to the edit count. Maybe a suggestion you could pass up, but again I have no idea how the technical stuff works...

Sure I will make you one, however there are some small issues:

Would you like to change anything before I make it?

Here is your sig:

Hopefully you like it. If you want anything changed, feel free to ask.

You are pretty cool how did you leave that thing that normally describes a character in zombies?

Howdy you. I don't suppose I could persuade you to take a look at the Electric Cherry article and see if it's all in order. There's this new user who's been doing some peculiar edits and I'm on the fence about how to proceed, considering that he just sent me a very blunt (and again, poorly formatted) message about leaving his work alone. I'd appreciate that.

If you examined the history of the Cherry article, you'll find that particular new user is User:SKILLStoTHRILLS. I don't think he'd listen much to someone like me, but maybe to someone with your experience. Just some friendly cautionary advice without sounding too antagonistic.

Thank you i see what i did now thank you for clearing that up.

Re: Someone to look out for Edit

As an addendum, the only reason I didn't give him a cooldown for editwarring was because of a network filter that stops me editing, and giving him a block without explaining why isn't really a good thing for someone who's not an obvious vandal.

I noticed what he did as well. As someone that commonly annoys people I can say you can just ignore him, as long you remain polite and calm then it's easier for us to help (since it's only 1 person causing an issue). You needn't worry too much about him, if he continues acting in a poor manner we'll be sure to deal with him.

Your edit was good intentions, but removing that "idiot!" bit falls under COD:DDD since that may need to be referred to in future. It can be fine to add a header, but you shouldn't change the message itself.

tell me why Tranzit is not a map. everyone else out there plays Tranzit, the map with the bus depot, the diner, the power station, the farm, town the bus, the avogadro etc. Green Run is not a map. dont believe me? check out the achievements: in Tranzit, defeat 'him without being attcked by 'him'. Averycleverguy (talk) 14:04, July 8, 2013 (UTC)

To answer the question you asked MLG: It appears in Origins. And welcome back --

Retrieved from "https://callofduty.fandom.com/wiki/User_talk:W34P0NIZY?oldid=2015926"
Community content is available under CC-BY-SA unless otherwise noted.