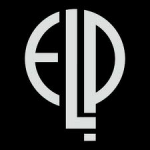 no you're not Edit

and i didn't think it was funny either.

I'm trying to upload this pic:

to Ghost's gallery, but for some reason it's not, because it remains "uploading," even when I tried different web browsers. Can you do it for me?

If you're interested in taking care of a new request, go for it. -

Hey there! Wikia is trying out something new this year where we are trying to make a "yearbook" for the biggest wikis, and we want to know what big things happened this year at Call of Duty! I understand that you will probably be busy, seeing as how MW3 comes out tomorrow, but if you have time, can you check out this blog post and either give some details in the comments, or just write on my wall if it is easier. We're looking for fairly detailed information, such as what the community's favorite gun/map/character/perk is etc. If you have any questions, shoot me a message! Thanks so much! Soldierscuzzy 01:24, November 8, 2011 (UTC)

If so, then I request permission to add dates to all the missions from Modern Warfare 2, if possible!

Hey, I'm an admin over at The Dead Island Wiki. I'm a bit of a programmer and I created a few functions that allowed me to add more menu items to the top Navigation Menu. It is allowed on wikia, and i asked permission.

The reason I am telling you this is because I can see this wiki is having a hard time with it's menus; maxing out what can be added by wikia's default constraints. I would be more than willing to assist you with adding more menu items if you would like. You can even add items to the "On The Wiki" menu. Send me a message if you are interested. I'm just here to help any way I can.

I was just looking through my talk page and noticed that it's getting quite big. How do I archive them like you do? Can you give me a step by step procedure?

Added a picture throught the slideshw tool, and can't license it. Tell me how, for future reference.

I already undid his edits and warned him about his IRL edits...

I did not say anything to these admins and bureaucrats about where the conflict was taking place. I was simply asking them a question about that Wiki policy.

You've been a user here for 2 years, and people were getting banned throughout that time for being underage and having an account.

Again, I'm simply asking a question, not bringing the conflict to other wikis.

Good to see you editingEdit

Nice to see that after months of being the omniscient picture-liscensing god that you are, you are back to editing pages.

BTW, change up your avatar and sig. It'll give you a nice new look, like a haircut.

017Bluefield and 76.29.162.158 are ruining the transcripts. They keep changing the words based on hearing when transcripts are supposed to be written based on subtitles, word for word down to the letter and punctuation. I've told them to leave the transcripts alone at least five times and they NEVER listen. Is there a way to block/ban them or something? If not you, then who can I tell this to?

Thanks for your help. Glad to know you have that kind of administrator power.

thanks for your advice! I really appreciate it! one more thing:how do you do the 't-minus since mw3,' or 't-minus since joining the wiki'? PLEASE TELL ME! I'M BEGGING YOU!

you have it on,like,visual,so i cant tell. please help!

hello how do i license my images ?

i still don't get it can perhaps someone do a video on the Call of Duty wiki youtube channel ?

i didn't Vandalize a page?

Take a look at the edit before mine. PotatOS for some reason (bug maybe) copied the whole discussion, and as far as I know, I only deleted the copied text. I'm not 100% sure though, I didn't check everything I deleted and it's 4 am now here. --MLGisNot4Me talk 02:05, February 19, 2012 (UTC)

Soooo sorry! Accidentally uploaded an image without the liscencing! Can you take it down and let me try again or can you help me liscence it?

On the Commando (weapon) talk page, I found a discussion about the Commando not being called the XM177E2. one user, YuriKaslov, said, You are all a bunch of dumbshits. The reason why it's called the "Commando" is because it's a Colt Commando. Jesus Christ, why don't any of you actually know what the fuck you're talking about? I think this violates COD:UTP. MADEPIC1999 22:59, April 5, 2012 (UTC)

I've got my eyes on you...Edit Hey Whiskey, can you bring back the image File:Insert Coin BO.png, some one renamed it and they did not put it back on its page. I am currently in the process of fixing this, so this would help alot. Thanks.

Hey, there appears to be another image that was renamed and not update. It is File:We'll Always Have Paris MW3.png. I was looking in the deletion logs and I couldn't find it, so it may not have been very recent, if this is the case should I just upload another picture under the same name?

Thanks for all your help.

Hi WHISKEY35, I apologize for a generic message, but thank you so much for your support on my RfA, it really means a lot to me and I had no idea I would get so much support! Sincerely, PierogiTalk 15:16, July 4, 2012 (UTC)

???Riddle me this riddle me that. How many whiskeys does it take to get drunk???

Assuming your sig is templated, the raw code should be in your preferences. So just replace it with [[File:Personal WHISKEY35 signature.gif|link=User:WHISKEY35]] [[User talk:WHISKEY35|<span style="color:green"><u>'''''Talk'''''</u></span>]]. Though templating it makes things like this easier to take care of in the future. --MLGisNot4Me talk 16:24, September 3, 2012 (UTC)

I fixed your coding on the sandbox.

I'm just doing it to get rid of the file name from turning up on the Special:WantedFiles list.

Sure, you can do that. It would be easier to navigate. cone.exe 言うのページ

Thanks! I'll let you know when I don't need it. cone.exe 言うのページ

I don't know if you can see this or not but can you remove the bot status from my account? I'm done with the categories, let me know when you removed it, thanks :) cone.exe 言うのページ

Just wanted to ask if videos are allowed on the pages of the Black Ops 2 weapons?

I made this video (https://www.youtube.com/watch?v=8kfuEaxbJH0) which compares the M8A1 and the SWAT 556 side by side and thought users of this wiki could find it useful.

Of course I didn't want to just add it without permission :)

I got banned from chat. I know I was breaking the rule about insults via swearing, but someone was pretty much taking a dump on my ideas for a CoD strategy.? ? Please contact Fire or whatever the heck his name was, because I am trying to contribute to the game, it's just that people kept doing the COD=/=IRL thing to almost troll the best strategy I've ever thought of. You're welcome WHISKEY, I hope you had a great time! :)

He is adding things like "(first line)" and "(last line)" to the MW2 transcripts; they are not part of the subtitles/transcripts and are unneccessary. If I were an Admin to this site, I'd block him myself.

He's been ruining the Crew Expendable Transcript by capitalizing the subtitles, when never in the MW series are the subtitles ever capitalized. He's done it at least 5 times, each time I have to undo it to keep the transcript the way it was. Please block/ban him so we can stop his attempts to change the transcripts.

can u help me with something sir

Hey man im ok still hanging out and just lurking but very busy working on motorcycles atm. hope verything is good with you too!

Do you remember who was the guy that does them? My signature is kinda lost: it used to have the AC-130 icon, that disappeared for some reason, and now my black and yellow is gone too. Now its just a plain blue signature.

Timelesspeople and CallOfDuty4 are ruining my transcripts. Timeless is moving the titles and stuff based on when they appear in-game. I keep telling him they are written between the cutscene lines and gameplay lines in order to separate them. They won't listen, and COD4 is even an Admin. You gotta help me save my transcripts.

Can you explain in response how do I archive messages from my talk page? Usually, how many messages do you archive at once?

Retrieved from "https://callofduty.fandom.com/wiki/User_talk:WHISKEY35?oldid=2040552"
Community content is available under CC-BY-SA unless otherwise noted.