Vengeance is the third downloadable content pack for Call of Duty: Black Ops II. It contains four multiplayer maps which include Cove, Rush, Uplink and Detour and a new Zombies map Buried, featuring the Green Run group and set in an underground Western mining town. It also includes the brand new Ray Gun Mark II which will be available for use on all Zombies maps in Call of Duty: Black Ops II. The downloadable content pack was released for the Xbox 360 on July 2, 2013 and was available for purchase on August 1st for the PlayStation 3 and PC.

Detour
Add a photo to this gallery

Buried
Add a photo to this gallery 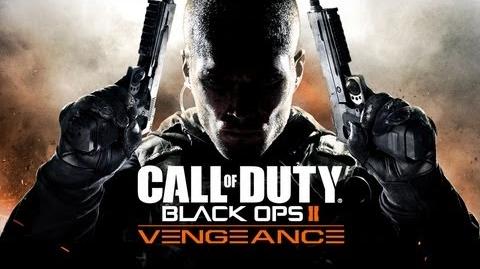 Playlist icon.
Add a photo to this gallery
Retrieved from "https://callofduty.fandom.com/wiki/Vengeance?oldid=2434045"
Community content is available under CC-BY-SA unless otherwise noted.