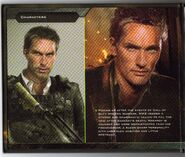 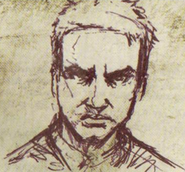 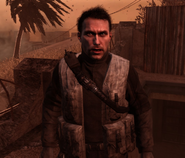 Makarov, the First Horseman, about to order the detonation of the nuclear weapon which would claim the lives of over 30,000 Marines in 2011. 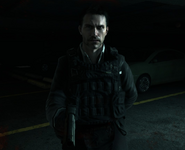 Makarov shoots Yuri, shortly before his brutal massacre of civilians in Moscow.

Makarov and his team moments before opening fire.

Makarov escaping after the massacre.

Makarov as he appears on the Wii.

Makarov in "Blood Brothers", in his bulletproof car.

Makarov's circle of "friends". Oddly, there is a cameo of Lev Kravchenko from Call of Duty: Black Ops. 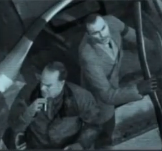 Makarov as seen in the Redemption trailer. 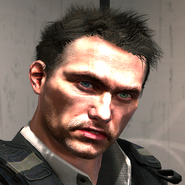 Note the difference in the color of each eye.

Makarov and his team in Yuri's flashback.

Makarov, just as he is about to kill Captain Price.

Makarov, moments before his death, being choked by Price. Note that both of his eyes were green, unlike in Modern Warfare 2.

Makarov's biography from his Combat Card.

Makarov (crossed out) as one of the Four Horsemen (Call of Duty 4: Modern Warfare).

A close-up of Makarov. 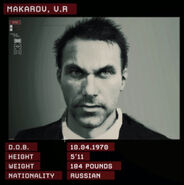 Makarov in "Dust to Dust".

Makarov's Woodland Multiplayer model from Ghosts
Add a photo to this gallery
Retrieved from "https://callofduty.fandom.com/wiki/Vladimir_Makarov/Gallery?oldid=2500126"
Community content is available under CC-BY-SA unless otherwise noted.