For the pointstreak in Call of Duty: Ghosts, see Vulture.

Vulture Aid is a Perk-a-Cola machine that appears in the Zombies map Buried in Call of Duty: Black Ops II. It costs 3000 points and is located in the church to the left of the altar. To open the church and gain access to the perk, a player must either have Arthur destroy the debris blocking the entrance, or fly over it using the Paralyzer. The color for this perk is red (although the color of the drink is orange) and the icon is a skeletal vulture. The perk mirrors the perks Scavenger, allowing zombies to drop ammo packs, and Engineer, as items of interest are highlighted and can be seen through walls.

When a player has Vulture Aid:

While standing inside a gas cloud, the player's vision and hearing will be distorted and muffled. As the effect of the cloud begins to take place, the perk icon in the lower-left portion of the screen will begin to glow and emit a green smoke cloud. Even after the player has left the gas cloud, zombies will ignore them for as long as the perk icon is glowing.

The Vulture Aid machine resembles a coffin, with a red and yellow paint job. It has a single light bulb on the top of the machine and a large, rusted lever on the bottom left of the machine. On the front of the machine, there is a glowing orange, elegant design under the logo of Vulture Aid. The same logo can be seen on the left and right side on the machine. 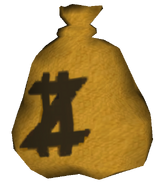 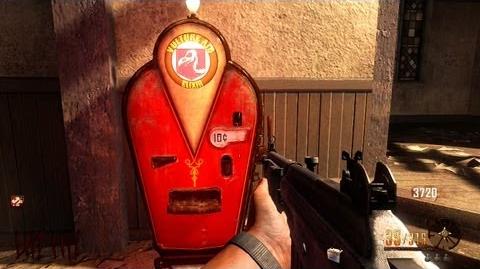