The Walther G41 is a semi-automatic rifle featured in Call of Duty: World at War (Nintendo DS).

The Walther G41 is only available in multiplayer for players with the German faction. It is very similar to the Gewehr 43 of World at War, however it produces much less noise than the G43 when firing, has a more accurate sight, slightly more recoil, and more muzzle flash. It is recommended to use this rifle to medium ranges only, as the muzzle flash and recoil will obstruct your view, making tracking distant targets more difficult; however, at close ranges will be easily overpowerd by SMGs. It has the same damage, recoil, range and magazine capacity of the SVT-40 but with more muzzle flash, more obstructive ironsights only compensed by a faster reload. 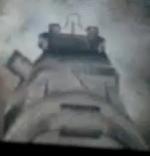 Weapon selection icon in multi-player menu.
Add a photo to this gallery
Retrieved from "https://callofduty.fandom.com/wiki/Walther_G41?oldid=2275928"
Community content is available under CC-BY-SA unless otherwise noted.