For the similarly named game type, see Ground War and War Mode.
For the successor in Call of Duty: Advanced Warfare, see Momentum.

War is a game mode in which the two teams fight to control all of the territories on the map. It appears in Call of Duty 3 and Call of Duty: World at War. In the latter it is also available in Hardcore mode.

There are five (three on the three smallest maps, Courtyard, Dome and Corrosion) capture points on the map. When the game begins, the central capture point is active, and whichever team captures it moves the active capture point towards the enemy side, where the process repeats. The game ends when one team successfully captures the last point on the line. However, even though capturing the point moves the active back to the next flag, the defending team that had just lost the last battle must still capture it again to move the flag back to where it was previously.

The gametype employs a unique system in which the momentum bar on the bottom left increases when the team gets kills. If it reaches one threshold, they will capture the flag at 2x normal speed. At a second and final threshold they will capture at 3x speed, this "Blitzkrieg" momentum would be lost over time and after it finishes momentum reverts back to 2x capture speed. Capturing a flag also greatly increases momentum. However, if the enemy team captures a flag all momentum is lost.

In this gamemode the same rules are in effect though Hardcore mode is in place; players will have limited HUD, respawn in waves (same as in Hardcore Team Deathmatch) and will be removed from the game upon the third teamkill not counting artillery and Bouncing Betties. However, one difference is that the game is played with up to 18 players and typically on the larger maps. Although tanks were on the maps at first, they were removed along with the tanks in Hardcore Team Deathmatch.

In Call of Duty: World at War, when the player receives a 2x Flag Capture or a 3x Flag Capture, a battle cry will be heard. Each team has their own unique battle cry. However, with the 2x flag capture, the battle cry is a shortened version. 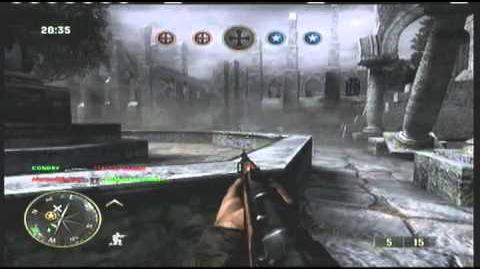 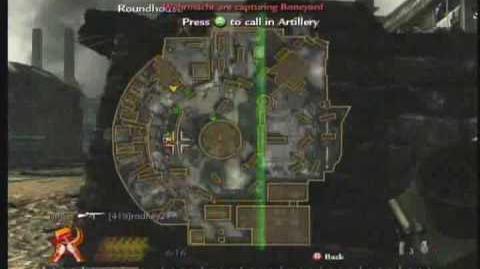