Cargoship with many storage areas

Wet Work is a medium-sized multiplayer map featured in Call of Duty 4: Modern Warfare. It was added to Call of Duty: Modern Warfare Remastered on December 13th, 2016. The map takes place on a cargo ship during a storm, and is based on the campaign mission, Crew Expendable.

The layout of this map can be considered fairly symmetrical. Both teams spawn at either the bow or stern of the ship, with the upper levels providing a good view of the entire map for long-range play.

The middle of this map is defined by two bridges. The deck area between each of the bridges and spawn areas consists of shipping containers creating a close-quarters environment. These areas lead to the center of the deck where most of the fighting occurs. On the port and starboard sides are shipping containers creating a passage around the middle area. The middle of the deck is fairly open with only a few crates for cover encouraging a mix of close to mid-range combat.

The map is fairly dark throughout the majority of Wet Work's confines, in sharp contrast to the vast majority of Modern Warfare's Multiplayer maps, so Night Vision Goggles can be put to great effect on this map in the majority of the areas.

Wet Work appears in Old School Mode as a supported map. It features a total of 11 sprites.

Looking at one side of the map with the M40A3.

Looking at the other side of the map with the M40A3.

It appears in Call of Duty: Online as "Freighter". It is an ice-covered version of Wet Work. 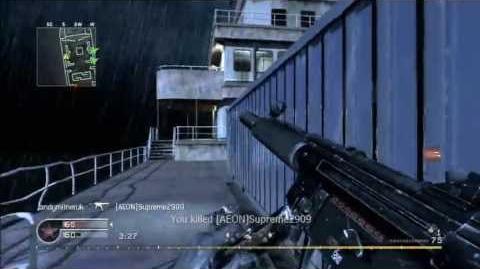 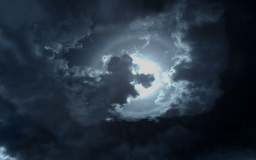