Whiteout is a multiplayer map that is featured in Call of Duty: Ghosts.

A gunfight in multiplayer.

Two soldiers in a house on the map.
Add a photo to this gallery 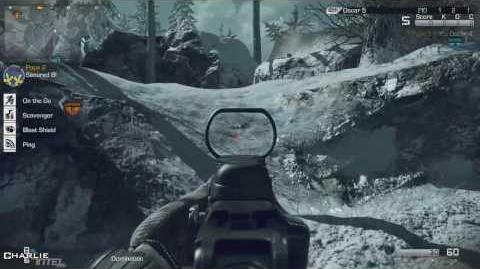 Call of Duty Ghosts Multiplayer Gameplay Whiteout (Domination)
Gameplay on Whiteout.
Add a photo to this gallery
Retrieved from "https://callofduty.fandom.com/wiki/Whiteout?oldid=2047118"
Community content is available under CC-BY-SA unless otherwise noted.