Widow's Wine is a Perk-a-Cola appearing in Call of Duty: Black Ops III, making its first appearance in Shadows of Evil and returns in the DLC zombies maps Der Eisendrache, Zetsubou No Shima, Gorod Krovi and Revelations. Widow's Wine replaced PhD Flopper in the remastered version of Ascension, Shangri-La, Moon and Origins, due to the absence of dolphin diving in Black Ops III. It is also available in the remastered versions of Nacht der Untoten, Verrückt, Shi No Numa, and Kino der Toten via Der Wunderfizz. Widow's Wine is tied with Mule Kick for the most expensive Perk-a-Cola.

It has four effects:

Certain bosses, such as the Panzersoldat and Margwa, will detonate a Widow's Wine grenade upon hitting the player with melee, though they cannot be frozen. This is the also the case for Nova Crawlers on the remasterd versions of Kino Der Toten and Moon, as they will hit the player, detonating grenades, but will not become trapped; because Nova Crawlers can hit very quickly on higher rounds, this may cause a player to lose their stock of Widow's Wine grenades rapidly while still being damaged.

The color of this perk is a burgundy red, although the colour of the drink is grey, and the icon is of a red-colored black widow spider with black lips on the back of the spider.

The Widow's Wine machine is stylized as an art nouveau cabinet with spider web motifs. Physically, the machine is thin with the sides curving like an arch sideways, similar to that of PhD Flopper, but is thicker in a way. It sits atop a small, wooden stand. On the front of it is a slightly glowing white near the sides of it and there is a black drink dispenser under a dark orange cup compartment. Above the compartment is a "10¢" message. At the top of it is a circular sign illustrating a red black widow, with a "Widow's Wine" message under that. Behind it is black fencing that sticks out in the open. 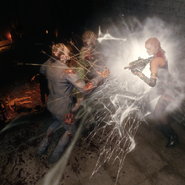 The effect of the Widow's Wine when attacked by a zombie. 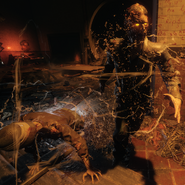 A group of zombies slowed down by the Widow's Wine effect. 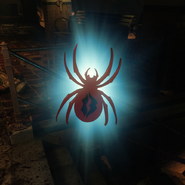 The power up that replenishes the player's Widow's Wine Grenade. 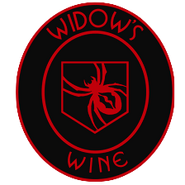 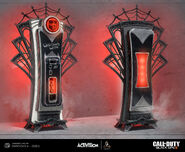 Widow's Wine in Zetsubou No Shima

Widow's Wine HUD Icon as seen in Shadows of Evil 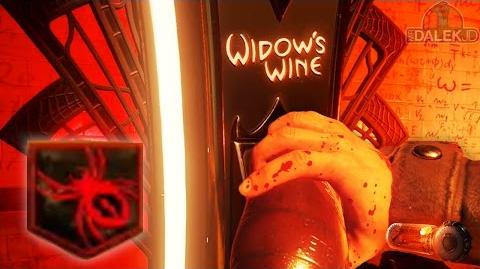