"Throw on your trench coats and dig in, because Winter Siege is coming. From December 8th to January 2nd, battle the bitter cold of winter with XP events, meet new squad mates in a wintery HQ, get your hands on a flurry of limited-time winter gear, and much more. It all begins Friday, so gear up, hunker down, and prepare for battle."
— Message of the Day description of Winter Siege.

Winter Siege is a special event that was live in Call of Duty: WWII from December 8th, 2017 to January 2nd, 2018[1]. With Winter Siege, several new items and features were released, including 5 new weapons, festive decorations in the Headquarters, a new Quartermaster, the return of Gun Game and a second remaster of the map Carentan, as Winter Carentan.

Released with the update arrived three ranged weapons and two melee weapons[2]. The ranged weapons include the Gewehr 43 semi-automatic rifle, the Sten submachine gun and the GPMG light machine gun, whilst the melee weapons include the Trench Knife and the Ice Pick. Players are able to earn these weapons via completing specific challenges or opening a variant in a supply drop. Opening a variant in a supply drop does not grant the player the base weapon, however they are free to use the variant they have obtained. 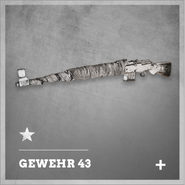 Promo of the Gewehr 43 - Chiller variant. 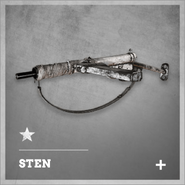 Promo of the Sten - Frosty variant. 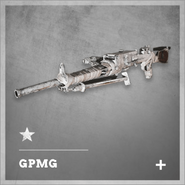 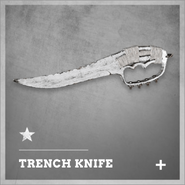 Promo of the Trench Knife - Screwed Up variant. 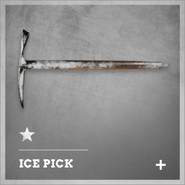 Winter Carentan is a snowy remaster of the map Carentan, available to all players regardless of ownership of the original map for the duration of the event. Inside Winter Carentan features a snowy theme.[1] The map is also freely available for private matches.

From December 8th, 2017 to December 14th, 2017 and December 29th, 2017 to January 2nd, 2018, Winter Carentan 24/7 and its Hardcore variant was available to all players. All games played in this playlist occurred in Winter Carentan. The gamemodes included were Team Deathmatch, Domination, Kill Confirmed and Hardpoint.

Also available during Winter Siege was the return of the gamemode Gun Game as Wintery Gun Game, available to play on all maps from December 15th, 2017 to December 21st, 2017. Throughout the event, players were able to earn Winter Siege supply drops from Daily and Weekly Orders corresponding to the mode.[1] 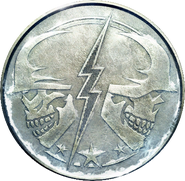 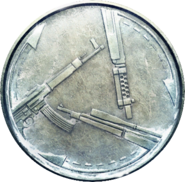 During Winter Siege, the Headquarters underwent a festive change, displaying large amounts of snow and Christmas lights throughout the grounds, as well as the inclusion of the Christmas trees from the campaign mission Battle of the Bulge with the can decorations. The Firing Range also underwent some aesthetic changes, with the tires producing large amounts of snow and confetti when an explosive detonates inside it, as well as the watermelons being replaced by snowman heads.

Also featured for the duration of the event was a new temporary Quartermaster, Captain Carver Butcher of the British Army.[1]

For a limited time, Winter Supply Drops were available to the player, able to be earnt by specific Orders, after games or through purchases. A Winter Bribe supply drop was also added, able to be earnt via the Twitch Prime promotional bundle[3] or through specified Contracts. One free Winter Supply Drop was given to the player for free per week via the Mail, for a maximum of four for the entire duration of the event. Inside Winter Supply Drops were two items from the normal collection pool, and one item from the Winter Siege collection pool, with a guarantee that at least one item is of quality Rare or higher. Inside Winter Bribe supply drops were three Winter Siege items. The Winter supply drops are the only method of obtaining Winter Siege exclusive items available to the player during the event.[1] After the event however, all winter items apart from collection rewards were transferred over to the normal supply drop pool, able to be opened from regular supply drops. 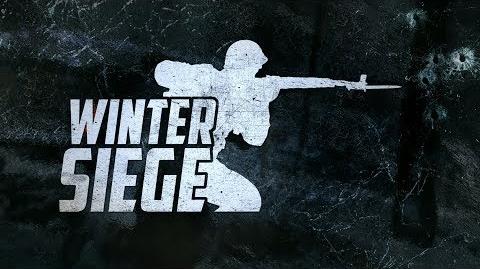