"Semi automatic sniper rifle. Deadly from the chest up, with moderate recoil."
— Description.

The XPR-50 is a Sniper Rifle in Call of Duty: Black Ops II. It's the last sniper rifle to be unlocked in Multiplayer. It has similar damage multipliers to those of the Ballista, being a one-shot kill to the head, neck, chest, upper torso, and middle torso.

This sniper rifle is effectively a hybrid of the Ballista and the SVU-AS, possessing the same killing power of the Ballista and the high firing rate of the SVU-AS. The XPR-50 has the second highest sway of the sniper rifles, making Ballistics CPU an ideal attachment choice should the player focus on long range combat. Although semi-automatic and thus able to be fired quickly, the player may want to take their time to aim on a lethal spot due to the recoil and sway, which can make landing follow-up shots on targets rather difficult, especially at long range. Like the SVU-AS, the XPR-50 has very poor hipfire accuracy, which in close-quarters combat gives the weapon a disadvantage over other weapons. Although the player may rapidly try to hipfire, the chances of hitting the enemy are relatively poor, and thus a pistol is more efficient in these situations.

The XPR-50 in first person.

Cocking (notice the cartridge in the chamber). 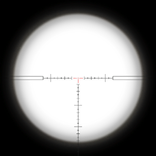 XPR-50 used by Section in Odysseus.

Retrieved from "https://callofduty.fandom.com/wiki/XPR-50?oldid=1904778"
Community content is available under CC-BY-SA unless otherwise noted.