Zombie Island is a map of Super Zombie Warfare mode exclusive to Call of Duty Online. Unlike other zombie maps, after a set number of rounds the player is transported to another location on the island and is centered around an "arena" style theme.

This map features new zombie variants such as Giant Mutant Crabs, Big Zombies, and boss zombies such as The Pirate King and The Deep Sea Lord. Hellhounds return as Pirate Hounds, which are able to breathe fire and shoot projectiles.

Fighting a Big Pirate Zombie
Add a photo to this gallery 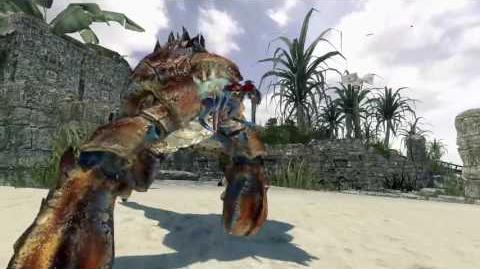