"The rules have changed! All bets are off! This is a whole new ballgame! Who will be crowned CHAMPION? In zombie RUSH the rule BOOK goes out the window..."
— Description

Zombie Rush (also known simply as Rush) is a playable gamemode featured in Call of Duty: Black Ops 4 Zombies, available on all maps. In Zombie Rush, up to four players compete against each other in order to obtain the most amount of points by the end of the game.

Zombie Rush is a fast-paced intense action mode that forces players to stay in certain areas around the map in order to gain points. Killing zombies without being damaged will increase the player's multiplier, allowing the player to earn more points at a faster rate. There are also special coin drops that appear at the beginning of a rush and at the end, which helps the player maintain their multiplier, which will slowly decrease if the player does not kill zombies or collect the coin drops. Power-Ups collected by the player will also be given only to the player that collects it. After each rush, the player will be tasked with traversing the map to the next location, with doors and the power becoming available at later times. If the player is unable to reach the next rush area before time runs out, the player will begin to take severe damage until the player either makes it order goes down, which will then teleport the player to the next rush area. Players will also receive a free extra life randomly throughout the game, and all players will have a total of 150 health as a opposed to the normal 200 health in normal gameplay.

In addition to this, all purchasable items are free; the Mystery Box will be available at all its possible locations, as well as the Pack-a-Punch Machine. However, there is a cooldown for every use of the Mystery Box or Pack-a-Punch Machine, although players will receive items from these devices at a faster rate, even if the player does not have Timeslip. Players are also unable to acquire alternate ammo types from the Pack-a-Punch Machine, and are allowed to only upgrade the same weapon once. Players can also acquire each map's respective buildable shield, which can be found at all available crafting benches. Players will be allowed to utilize most of the available Elixirs, although some such as Aftertaste and Point Drops will be disabled in-game.

When a player depletes all of their lives and goes down one last time, they will be knocked out of the game, forcing them to spectate the remaining players. The player that has the most points in the end once all players have died out will win the game. 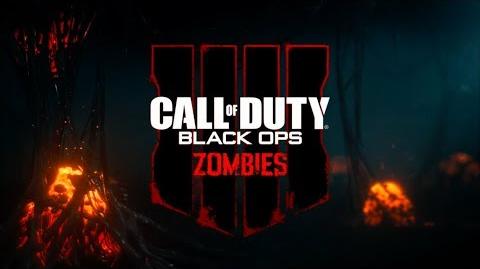